More than three decades later, the business is run by David Benge, President, and son of Alice Benge. David has dedicated his career to the business of record retrieval. His unmatched knowledge and passion is contagious, and his competitive drive has led ABI to achieve what many record retrieval businesses just simply have not accomplished. ABI operates on a national scale and has attained a 98% client retention rate.

ABI won the 2016 Professional Service of the Year award from Attorney at Law Magazine. 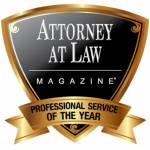 Copyright © 2020 ABI Document Support Services, Inc. | All Rights Reserved
We use cookies to ensure that we give you the best experience on our website. If you continue to use this site we will assume that you are happy with it.Ok