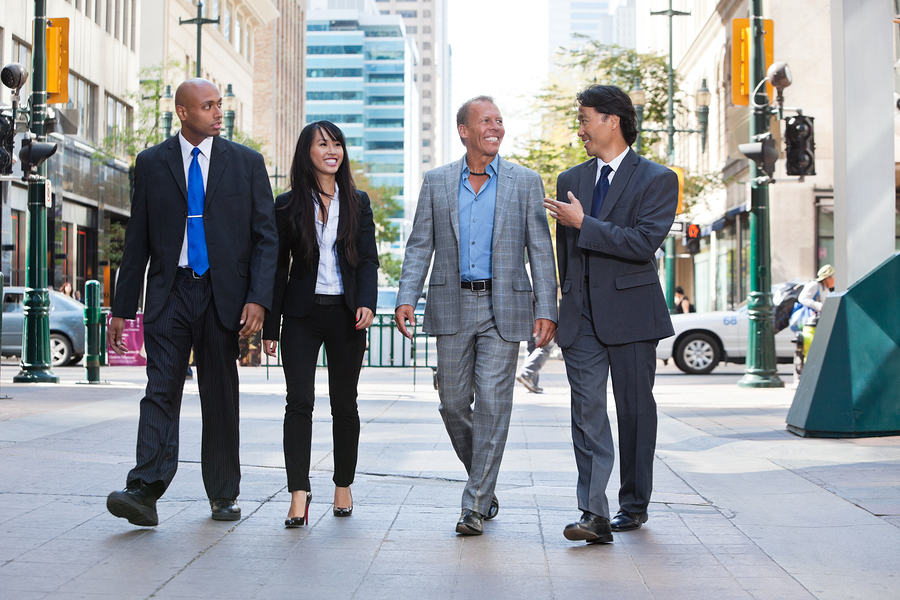 The insurance industry is one commonly associated with stability and the status quo. However, change is a constant in any type of business.

Moreover, change and innovation are critical components in any industry. Specifically, industry leaders must anticipate change and create strategies to make necessary adjustments.

The incoming federal government administration is likely to bring about key shifts in policy that could have a major impact on insurance and related areas. There are also numerous other areas that are likely to see big changes.

At ABI, we’ve identified 10 issues within the insurance industry that could see growth and change throughout 2017. Here are our top picks to keep an eye on this year.

Technology is an integral part of everyday life, and it continues to play a prominent role in both the business and private spheres. Insurance is no exception, and industry experts expect reliance on technology to continue to increase in 2017.

Tech has become so entwined in the insurance industry, it has even given rise to a new term: insuretech.

From capturing client information through the use of big data to making the roads safer for motorists, technology has a variety of uses for insurers. Technology trends on the radar include:

The one certainty about the future of insuretech is that it’s going to continue growing as time goes on. Insurers that can deliver value to their customers through technology can reap the benefits of a trend poised to keep expanding.

“Artificial intelligence” is a broad term that can encompass everything from GPS systems to telephone prompt systems.

According to Accenture, four out of five insurers have already deployed or plan to deploy some form of artificial intelligence in their business operations.

For example, Allstate has an automated virtual assistant that helps agents navigate quotes for complicated products. AIG has implemented wearable technology that gathers data with the goal of decreasing work-related injuries.

Some insurance companies have even turned to drones to perform faster and more efficient property assessments. Drones can also be used in areas where it’s dangerous or undesirable for a human to venture, such as the site of a natural disaster, fire or tall building. According to one report, four insurance companies have received approval from the Federal Aviation Administration to use drones for commercial purposes.

Insurance companies that use the services of a document retrieval company may already be aware that the use of artificial intelligence is widespread in the world of records management. The automation of records retrieval and summation has made it easier than ever before to sort and analyze medical records and other types of documents.

Cybercrime has featured prominently in the news over the past few years, as one major retailer after another has been hit by major data security breaches that compromised the account information of millions of consumers. On average, cyber attacks cost U.S. businesses $15 million each year.

These cases involve big numbers and some of world’s largest multinational corporations, but the reality is that cyber criminals target businesses of all shapes and sizes.

As a result, a growing number of businesses are investing in cyber insurance coverage. While cyber coverage can’t stop a cyber theft or data breach from occurring, it does provide protection against losses that could cripple a company financially.

This has become an issue of particular importance for small businesses, who don’t always have the resources to recover from the financial losses caused by a data breach. When you consider that 43 percent of cyber attacks target small business owners, it’s easy to see why cyber insurance liability coverage is a trending issue for 2017.

Having cyber insurance liability coverage in place can provide peace of mind. In certain industries, such as banking, it is also moving toward becoming a requirement instead of an option.

Currently, about 10,000 Baby Boomers — individuals born between 1946 and 1964 — retire every day. As they leave the workforce and enter their golden years, their health insurance needs and costs increase on average. Their insurance needs also change, as age inevitably brings health challenges, such as chronic conditions and serious illnesses.

However, there is another element to the aging workforce issue. The insurance industry is one of several industries that happens to have a high number of older employees. The U.S. Bureau of Labor Statistics states that the number of insurance professionals over the age of 55 has risen by 74 percent in the last decade. By 2018, a quarter of workers in the industry will be just five to 10 years away from retirement.

As older workers retire and younger workers step up to take their place, companies — including insurers — must have resources in place to train a new generation of workers to take over tasks and achieve goals without losing productivity.

Fortunately, population data shows that there are plenty of Gen X and Millennial workers available to replace the current aging workforce. In fact, Pew Research says that Millennials — through a combination of immigration and the deaths of the oldest Baby Boomers — have overtaken Baby Boomers and Gen Xers alike as the largest living generation. Insurers who can tap into this large pool of workers now will have a competitive advantage moving forward.

Mergers and acquisitions within the insurance sector are projected to continue at a similar pace compared to recent years. For example, in 2015, the volume of merger and acquisition activity quadrupled, jumping from $43.8 billion to $194.9 billion.

Also in 2015, there were 24 M&A transactions valued at $1 billion or more — a sharp contrast to just nine at that value the year before. In June of 2015, the value of M&A deals in North America exceeded $1 trillion for the first time in history.

For now, this staggering rate shows no signs of slowing. In a PricewaterhouseCoopers survey of 1,500 global property/casualty executives conducted in 2016, 54 percent said they expected their companies to be involved on the buyer side of an M&A within the next 12 to 24 months. Industry analysts have predicted the trend to keep on pace through 2017.

On its most basic level, insurance is about predicting risk. Insurance companies have always tried to assess and manage risk, but many traditional model risk management methods were reactive rather than active.

In 2011 — and largely in response to the 2008 financial crisis — the U.S. Federal Reserve Board became a leader in shifting away from mostly ad hoc model risk management procedures by adopting new requirements for the banking sector, including supervisory guidance for model risk management.

This was followed in 2012 by the release of the model validation principles for risk and capital models by the North American CRO Council, and by Solvency II in Europe.

In 2014, PricewaterhouseCoopers surveyed 36 insurers in the United States and found that nearly all respondents admitted to having “weak” or “developing” programs for monitoring and reporting mechanism (MRM) processes. According to Insurance Thought Leadership, Inc., which has monitored insurers’ progress in this area since 2014, it has “observed a significant investment in MRM capabilities.”

It is difficult to predict what legislative changes the new Republican majority Congress will enact in 2017, but most experts agree that change is certain — and certain to affect the insurance industry.

Possible changes include lower tax rates for individuals and corporations, as well as possible repeals of federal regulations, including parts of the Dodd-Frank Act.

The Federal Reserve raised short-term interest rates in December 2016, and many experts predict this could be a sign that mortgage rates will go up in 2017.

With the future of the Affordable Care Act uncertain, it’s tough to predict what 2017 will bring in the realm of health insurance coverage. However, a recent study released by the National Business Group on Health states that health insurance premiums are likely to increase by five percent this year.

The majority of employers surveyed said they planned to control their healthcare costs by increasing the use of Health Savings Accounts (HSAs). With an HSA, employers can reimburse their workers for qualified health insurance expenses up to a certain amount.

HSAs have also become popular among employees due to the tax benefits they offer. Contributions are tax-deductible, and withdrawals are tax-free as long as the employee uses the money for a qualified medical expense. Money in an HSA account is also permitted to grow without accruing any tax.

According to PMC Insurance Group, several aspects of workers’ compensation are likely to result in increased costs in 2017.

Specifically, experts believe an increase in claims will lead to higher premiums, particularly for companies with more than 100 employees.

Additionally, rising pharmaceutical costs could have an impact on workers’ compensation premiums. One consulting firm predicts that prescription drug costs will rise by 11.6 percent in 2017. For Americans over age 65, experts say drug prices should go up by nearly 10 percent. By contrast, wages are expected to rise by just 2.5 percent.

Rising workers’ compensation costs are likely to drive a trend toward getting employees back on the job as soon as possible, according to industry leaders. By reducing the amount of time a worker is drawing benefits from the workers’ compensation system, insurers can better manage their costs.

One way to do this is by implementing wellness programs that focus on communication and overall health. According to one industry group, just five percent of workers’ comp claims are responsible for 80 percent of program costs. Statistically, a claim is more likely to become a high-cost claim the longer an employee is away from the job.

Employees are also at a higher risk of developing depression or sustaining a repeat injury with an extended break from work. They are also more likely to take legal action against their employer with a long delay between their initial injury and their return to work date.

Wellness programs and a greater emphasis on safety in the workplace can reduce injuries and promote a more positive working environment that ultimately encourages workers to return to the job as quickly as possible following an injury.

ABI: Leaders in Records Management for the Insurance Industry

For 30 years, ABI Document Support Services has been the nation’s leading document retrieval company for the insurance industry. Contact us today to learn more.

Copyright © 2022 ABI Document Support Services, Inc. | All Rights Reserved
We use cookies to ensure that we give you the best experience on our website. If you continue to use this site we will assume that you are happy with it.Ok